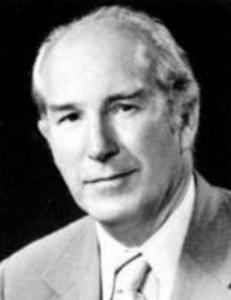 This past week a dear friend of our family passed away at 92 years old. Mr. Hudson was a state senator, had served our country in World War 2, and along with his wife, helped found our church, and were best friends with my grandparents. Since I’m on bed rest, I will not be at his funeral this weekend. I’m sad that I won’t be able to express my condolences to his family in person, but most of all I feel left out. I know even though tears will be shed, that it will be a celebration of a life well-lived.

In the fall my cousin and I were going through our grandparents’ pictures, letters, and other miscellaneous items that have been gathering dust since they died 15 years ago. Amongst the sentimental treasures we found a typed letter from Mr. Hudson to my Granddad. This glimpse into Mr. Hudson’s mind, and my Granddad’s life, reminds me of a few lessons I can learn from them.

Take every opportunity to appreciate others. “I was struck with a thought, not new to me, but especially compelling for some reason today … How fortunate I have been over the years to have had a friend such as you…” As Mr. Hudson explains in October of 1969, he wants to take this opportunity to express his appreciation of Granddad before “another political battle encourages neglect of so many things that should be done.” As he began another campaign for political office, Mr. Hudson seemed determined not to let his work interfere with the priorities of his life. Today we live in a world where work comes home with us on our phones, iPads, and laptops. Distractions can litter our life. It takes even more determination to keep your focus on the right things, and to take every moment to love those in your life.

Live what you believe without fear. “…a friend that I have been so proud of for your dedication to what is right and true… in a world which seems increasingly to place such a premium upon those things which are false and wrong.” Due to his health, Mr. Hudson had been home for the last several years. If he described 1969 as “false and wrong” I wonder how he would describe today. A colleague of his described how Mr. Hudson would recite Scripture in his speeches “at a time when invoking the Almighty was not so politically acceptable as it is today and when an official who did so actually meant what he said.” Today despite the pressure to live like everyone else, I will choose to live for Christ unashamed and without fear of what others will say.

Do all things without complaining. “And I am fully aware that your stands have been taken in most cases at considerable personal cost to you… but always with no whimpering and no complaining.” When was the last time you didn’t see a complaint as a facebook status? When was the last time your kids broke a dish or woke up too early and you didn’t complain? It’s against our nature to accept bad things – whether it be life-changing or just a daily interruption in our perfectly planned schedule. But God didn’t create us to complain, He created us to accept challenges and use them to depend on Him even more.

The Hudsons were married for 69 years! They have been like “extra grandparents” to me, especially since I was only 12 when my Granddad died and 16 when Nana died. I am so thankful for their example of faith, their kindness, and love.

Mr. Hudson, you have fought the good fight, you have finished the race, you have kept the faith. Now there is in store for you a crown of righteousness, which the Lord the righteous judge will award you (2 Timothy 4:7-8). Thank You Lord for Mr. Hudson and for his example of a life well-lived.

2 thoughts on “A Life Well-Lived”